On 2 April 1987, an F-111 training flight took a turn for the worse when the plane crashed into a paddock east of Mt Lindesay Road in Tenterfield, New South Wales, killing Flight Lieutenant Mark Fallon, 24, and Flying Officer William Pike, 22.

The plane ploughed across the road and into a paddock, narrowly missing a house and leaving a trail of flames behind it. Just seconds before impact it had swooped low over houses in Tenterfield. Residents up to five kilometres from the crash site felt the impact.

Like history repeating itself, a second F-111 accident occurred in 1993, 8000 feet above the town of Guyra, which is around an hour south of Tenterfield. A loud bang was followed by a bright flash, which lit up the night sky for several seconds.

Despite many successful training flights, the aircraft’s chequered past saw it retired in December 2010 in favour of the F/A18 Super Hornets.

A memorial to the two pilots that died in the Tenterfield crash can be viewed alongside Mount Lindesay Road, just 3.5km from the town’s centre. 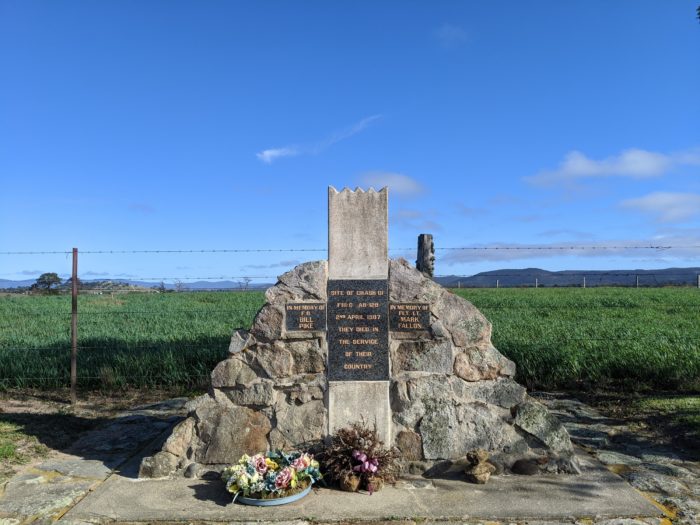