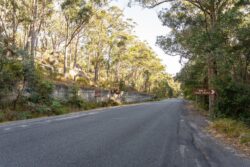 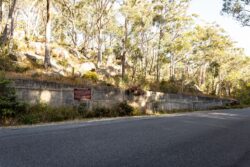 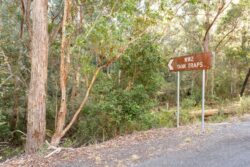 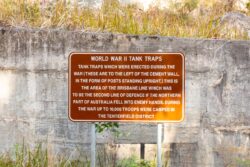 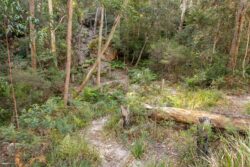 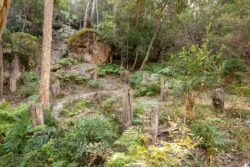 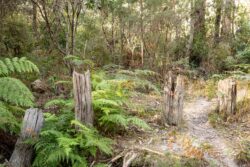 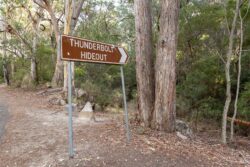 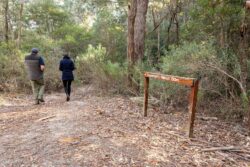 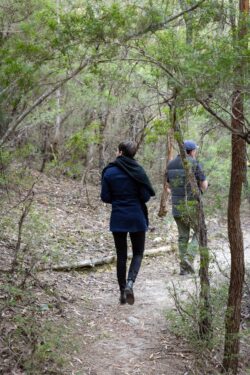 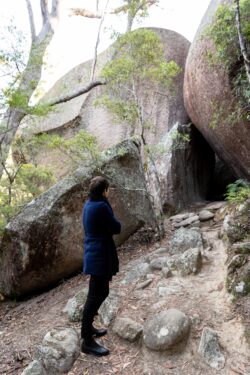 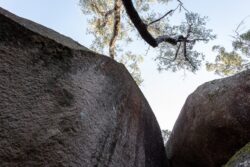 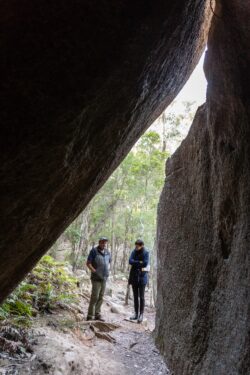 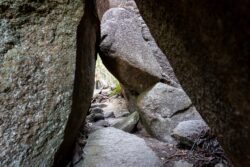 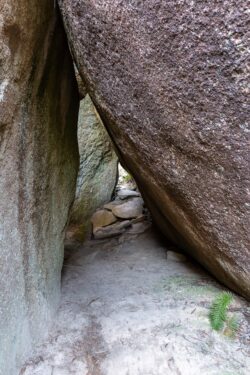 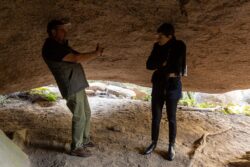 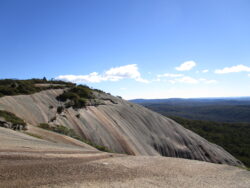 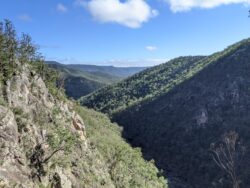 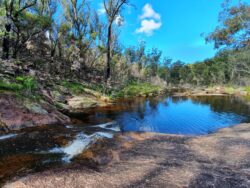 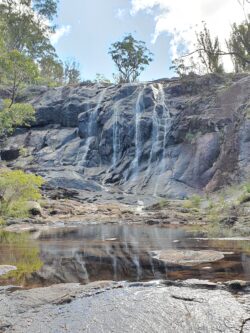 History, national parks, and quaint villages
The Mt Lindesay Rd section of Tourist Drive 7 stretches 50km between the town of Tenterfield and village of Liston. Along the way, there are many opportunities to experience history, national parks and quaint village areas. Whether you’re wanting to make short stops along the way, or get off the beaten track for some adventure, this route offers something for everyone.

12km north of Tenterfield, Mt Lindesay Road will lead you to the hideout of notorious bush ranger, Captain Thunderbolt. Just a short 300m stroll from the parking area, large granite boulders can be found, which form two caves.
A short distance up the road, a significant part of World War II history can be found in the form of upright posts and a cement wall – remnants of WWII tank traps form what was known as the ‘Brisbane Line’, which was Australia’s second line of defence in case of invasion.
Tourist Drive 7 leads you to three of the Tenterfield region’s national parks – the hero of these being Bald Rock National Park, where stands the largest exposed granite monolith in the southern hemisphere. If you’re up for a memorable challenge, you can walk your way to the top of the rock via the rock-face or meander along the Bungoona Walk track. The 360 degree views from the top are well worth the hike, especially on a blue-sky day!
If you’re in a 4WD, nearby Basket Swamp National Park is an absolute must. Visit Basket Swamp Falls, Woollool Woolloolni Aboriginal Place, and Timbarra Trig Lookout. You really need an entire day to explore all three of these sites.
About 3.5km further north along Mt Lindesay Rd, Boonoo Boonoo National Park is home to the spectacular Boonoo Boonoo Falls, which can be viewed from a lookout just a short walk from the carpark. Rumour has it, this very spot is where famous Australian bush poet, Banjo Patterson, proposed to his Tenterfield sweetheart, Alice Walker. The park also features an equally scenic picnic area named Morgan’s Gully – the site of an abandoned 1890s goldfield. Surrounded by geological formations, glistening waterfalls and blooming with spring wildflowers, the picnic area provides the perfect starting point before heading off to explore the area’s gold mining history.
Keep venturing north on Mt Lindesay Rd for around 22km, where you’ll arrive in the historic area of Willsons Downfall. Explore the historic cemetery where 77 people were laid to rest between 1870 – 1934. Depressions in the ground are the only evidence of some unmarked graves.
About 10km further north, stop off in the quaint village of Liston, which is home to a replica Cobb & Co. Coach display, where you can stretch your legs in surrounding parkland. Nearby Aloomba Lavender Farm (located at 5425 Mt Lindesay Rd) offers visitors the chance to meander through the 6-acre lavender farm, as well as purchase lavender products from the gift shop and enjoy some tasty lavender treats.
From Liston, Tourist Drive 7 loops east to Stanthorpe via Amosfield, linking to the New England Highway.