Sit back, relax and get lost in the picturesque surrounds of the mountains, farmland, rock formations and multi-coloured woodlands on the Mount Mackenzie Scenic Drive (Tourist Drive 9).

This one hour, 38km drive is a must do when visiting Tenterfield and showcases the town’s spectacular surrounds from many different angles.

Starting at the Tenterfield Visitor Centre, travel north through the charming streets of Tenterfield as you admire the heritage buildings and pretty parks. Turn left into Molesworth Street, and follow the Tourist Drive Number 9 Signs.

Pass the unusual granite outcrops as you make your way past Doctors Nose, 1,115m above sea level, and view Small Bald Rock, a tiny version of Bald Rock (the largest exposed granite monolith in the southern hemisphere).

Pass Draining Rock, the second largest exposed granite rock in the district, before stopping at the lookout to view the town of Wallangarra from afar and the mountain ranges of Southern Queensland. Take in the many interesting rock formations and glimpses of Tenterfield as you wind your way up the mountain road.

The drive culminates at the Mount Mackenzie Scenic Lookout, almost 1,300 metres above sea level, providing some of the best views in the Northern Tablelands.

To the north, you can see the Boonoo Boonoo tableland, made up of Bald Rock and Boonoo Boonoo National Parks in New South Wales, and Girraween National Park in Queensland. The rock on top of a mountain, just before the edge of the tableland drops into the Cataract River to the right, marks the Woollool Woolloolni Aboriginal Place in Basket Swamp National Park.

Take your time as you admire the landscape, and enjoy a picnic, BBQ, or take in a breathtaking sunrise or sunset. The lookout is always a few degrees cooler in summer and the first place to see snow in winter.

The lookout and drive is named after Sir Robert Mackenzie, a Scotsman who was granted the first official grazier licence in 1842 for the land that was later to become known as Tenterfield Station.

Please note Kildare Road is currently undergoing roadwork and will do so for the remainder of 2022. Please drive to the conditions and obey all traffic signage.

Please note: This road is unsealed, but is in good condition and suitable for 2WDs.  Alternatively, take the shorter, sealed road from Douglas Street.

Do not take caravans or larger vehicles to the lookout.

Start at the Visitor Centre and head north. Turn left at Molesworth Street and travel on Sunnyside Loop Road following the signs. Turn left into Kildare Road after approximately 8km and follow this road past key points of interest, such as Doctors Nose, Small Bald Rock, views across the Mole River District, Draining Rock and views into Wallangarra and Tenterfield

Once back on a sealed road, proceed 20m to Gum Flat Road and turn right on to the Mount Mackenzie lookout. Continue for approximately 1.5km and then turn left over a ramp. Proceed to the top of the mountain, a further 3km, where you will arrive at the Mount Mackenzie Lookout.

The return trip to Tenterfield is on sealed road. Glimpses of the town can be seen when descending the mountain. 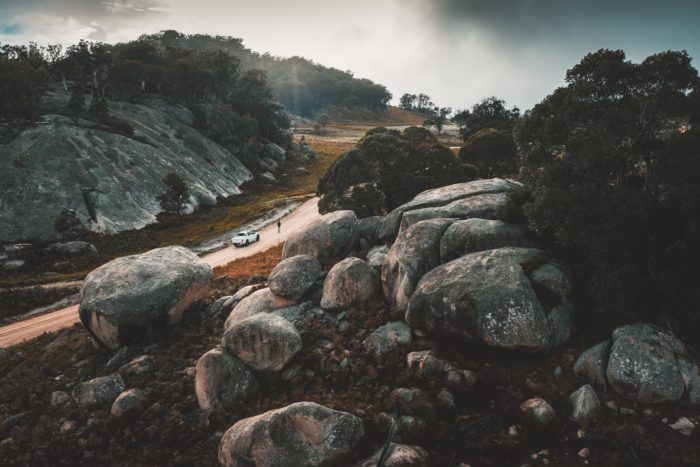 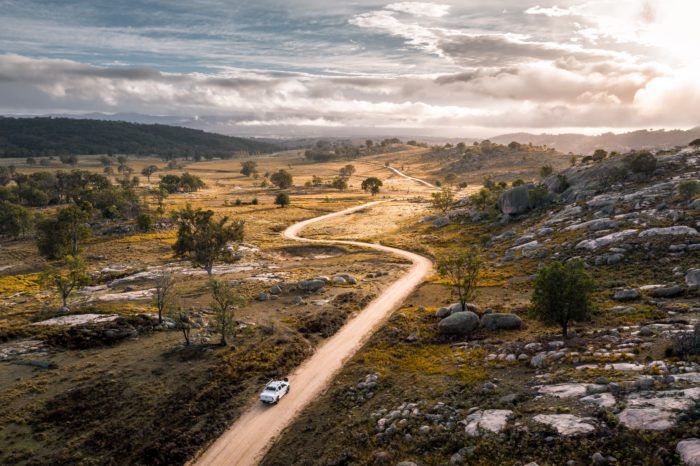 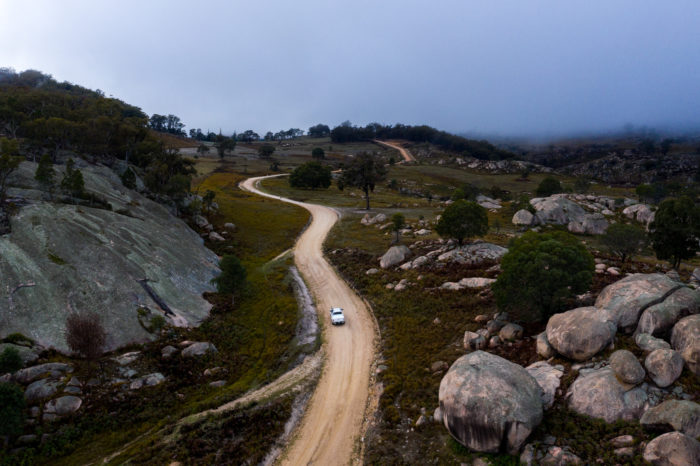 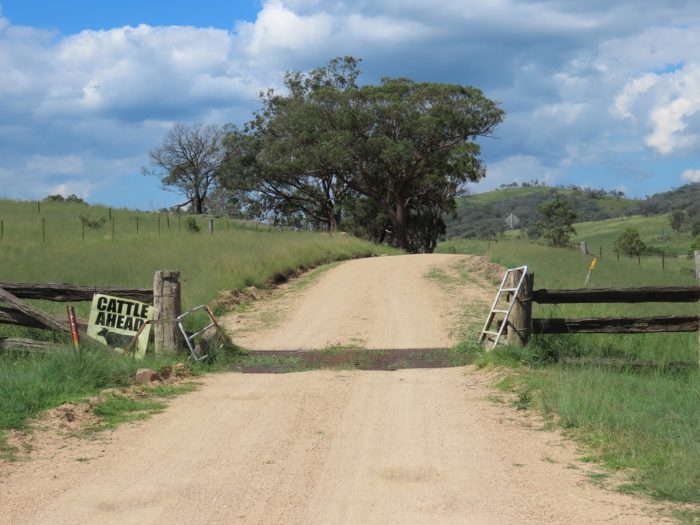 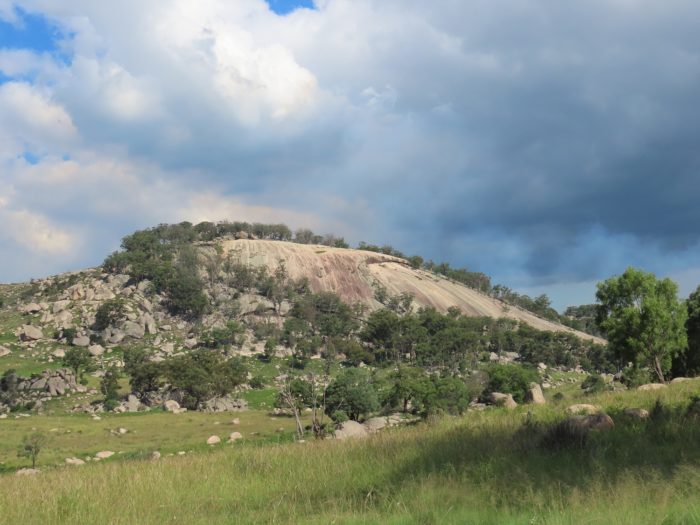 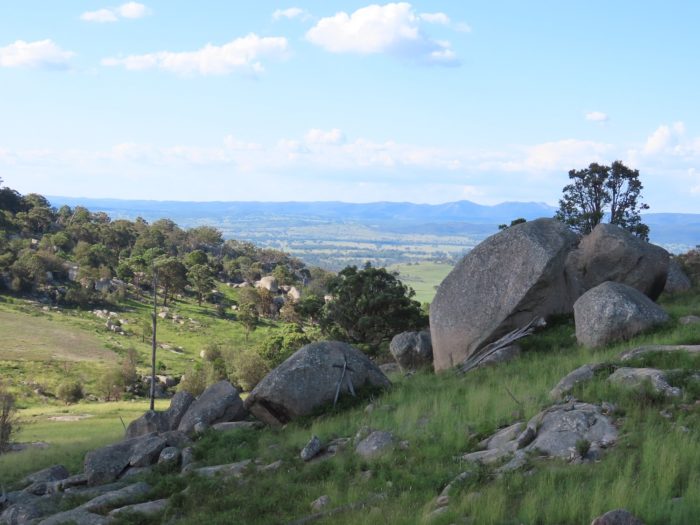 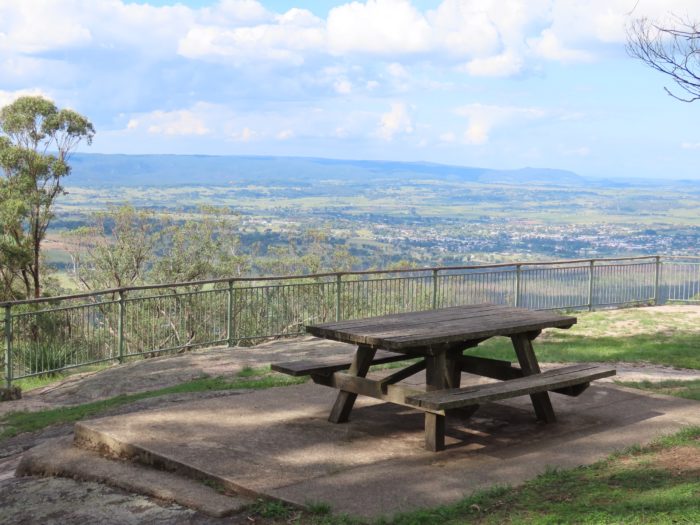 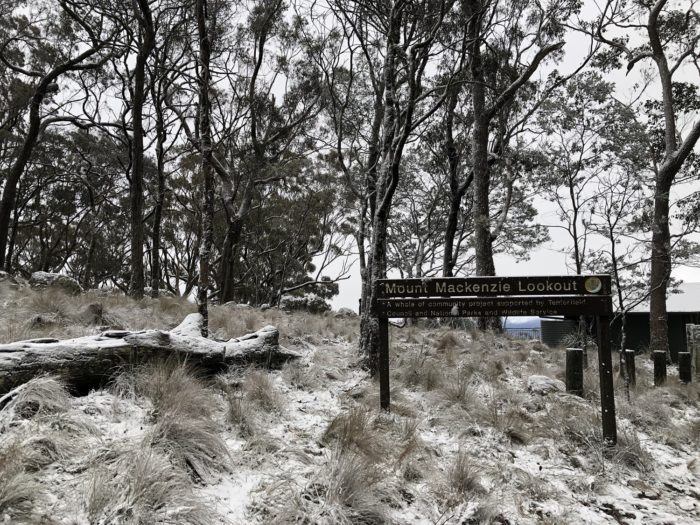 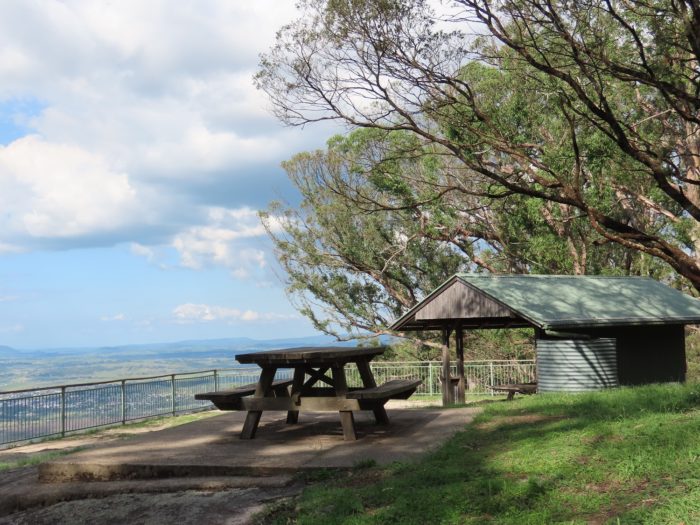