The son of a grazier in Tabulam, (one hour east of Tenterfield), Henry George Chauvel, generally known as Harry Chauvel, was commissioned as a second lieutenant in the Upper Clarence Light Horse, a unit organised by his father, Charles Chauvel, in 1886.

The first official duty of the Upper Clarence Light Horse was to form a guard of honour and escort to Lord Carrington  at the official opening of the Tenterfield Railway. The Light Horse regiments, led by General Sir Harry Chauvel, went on to be involved in far more significant actions in the Boer War, Gallipoli, Palestine and the Western Front.

During World War I, he fought at Gallipoli and during the Sinai and Palestine campaign. As commander of the Desert Mounted Corps, he was responsible for one of the most decisive victories and fastest pursuits in military history – the last great cavalry charge in history. At Beersheba in October 1917, his light horse captured the town and its vital water supply.

The Light Horse were also known as the Tenterfield Mounted Rifles, and were disbanded in 1941. Leaving a lasting legacy, the Australian Army Armoured Regiments continue to wear the Light Horse Emu feathers on their slouch hat. 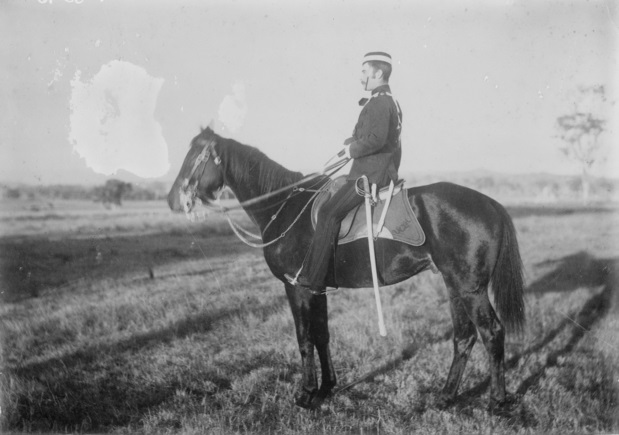