Stuart Alexander Donaldson was a London Merchant who arrived in Australia in 1834. Donaldson appears to have been associated with Sir Robert Mackenzie, who was granted the first official grazier licence in the Tenterfield area in 1842.

It was Donaldson who named the property Tenterfield Station, after his aunt’s home near Haddington in Scotland. The name appeared in the licence granted to Mackenzie on 1 July 1842. Donaldson seems to have had a large financial interest in the venture, and a letter he wrote in 1841 indicates that he was running the property at this time.

The first official mention of Donaldson’s connection with Tenterfield is when he applied for a grazier license for the station in his own name in 1844. The name Tenterfield appeared for the first time in the New South Wales Government Gazette in 1845 and the town of Tenterfield was gazetted in 1851.

In 1851, Donaldson was one of the participants in the last official duel in NSW history. It took place in Sydney, between Donaldson and the Surveyor General, Sir Thomas Mitchell, over a matter of reputation. No one was injured, although it’s reported that Donaldson’s hat was shot off.

Donaldson got into politics and became the first Premier of NSW in 1856 and was knighted in 1860.  He was known to return to Tenterfield a couple of times a year. His son went on to become the first Anglican Archbishop of Brisbane, the most reverend St. Clair George Alfred Donaldson, D. D. 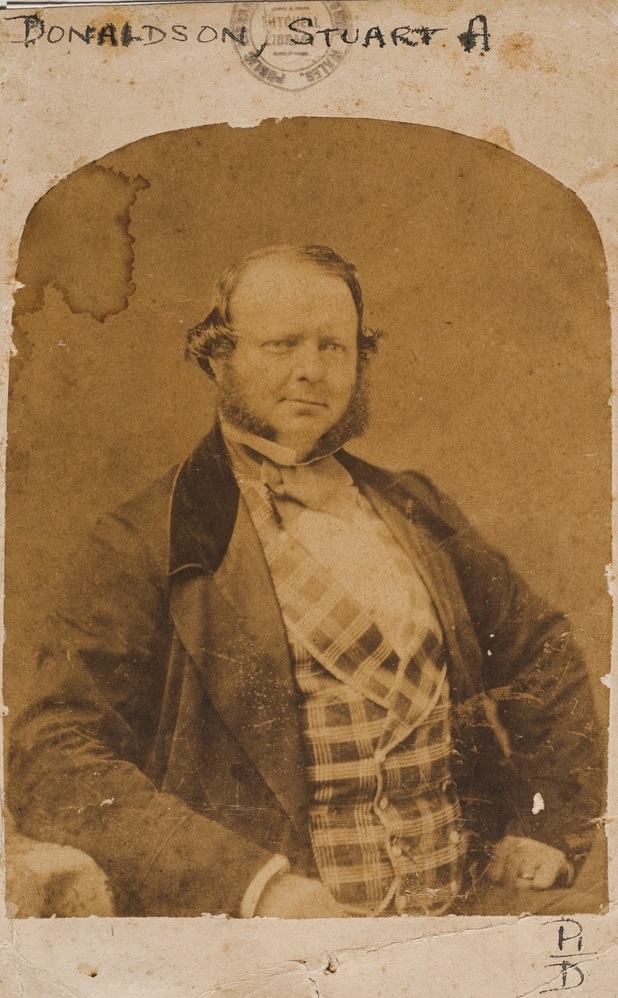