Protect yourself & our community – be COVID-safe.
When you visit, please ensure you adhere to all relevant  NSW COVID-19 Rules

Lilian Chauvel was born at Tabulum Station on the Clarence River in New South Wales.  She was a painter and fashion designer and one of Australia’s first internationally recognised women artists.

Lilian Chauvel began her arts studies in Queensland and then studied in Paris under various teachers of renown. Returning to Sydney after a successful exhibition in London, Lilian Chauvel organised the Society for Women Painters in NSW. She exhibited all over Australia and created many landscapes and portraits of roses some of which are displayed at Centenary Cottage Museum in Tenterfield..

Lilian Chauvel invented the art of “panchrocis” which is a delicate process of painting on silks.

During World War 2, Lilian worked patriotically with Madame Peliere, a leading French dress designer, contributing her unique panchrocis buttons to the gowns. Money raised from the sale of these and her other artwork was donated to the Red Cross.

Lilian Chauvel died in July 1953.  In her will, Lilian donated funds to establish memorials to the achievements of her famous brother, Sir Henry (Harry) Chauvel. One of these is the Chauvel Gallery at Centenary Cottage Museum, Tenterfield. 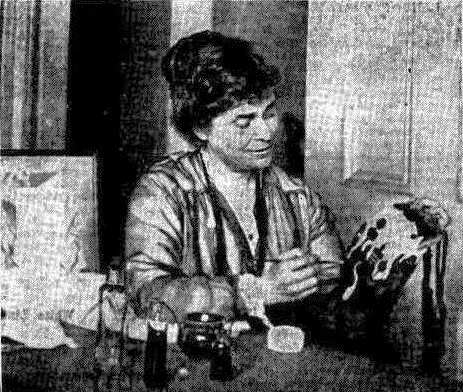